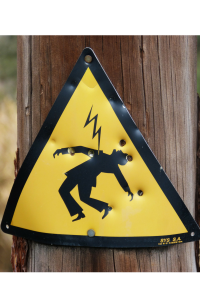 Memorial Day — the day we remember those who gave their lives serving in our nation’s military. Yesterday, I wrote about that beautiful display at SEARS, created by employees to honor their fallen military heroes.  https://championsofdestiny.com/when-time-stood-still/

Maybe that’s why today’s news caught me so by surprise. Did I wake up in an episode of that old sci-fi classic, Twilight Zone?

Today’s shock came from the American Center for Law & Justice (ACLJ). Concerning a formal complaint sent to Rear Admiral Paul D. Pearigen, MC, USN, because a Bible and a bilingual placard were part of a POW/MIA Display at the Marine Corps Base Camp Butler in Okinawa, Japan.

A photograph captured the “offensive” display: A Missing Man Table, like the one I had just seen at SEARS! Offensive, apparently, to the complaining party: the Military Religious Freedom Foundation (MRFF).

According to their complaint, MRFF is a not-for-profit corporation “dedicated to ensuring that all members of the United States Armed Forces receive the Constitutional guarantee of religious freedom to which they and all Americans are entitled by virtue of the First Amendment.”  https://www.militaryreligiousfreedom.org/wp-content/uploads/2018/04/5-April-18-Ltr-Complaint-Final-v2.pdf

Really? Not so evident from the two items that triggered their complaint:

1)… “the inclusion in this highly visible memorial of a prominently displayed Christian Bible.”  The MRFF “holds no animus toward service members who, as Christians, believe the Bible is holy.” But “those beliefs belong in the Chapel or in their personal residences or otherwise practiced in accordance with… restrictions attendant to Constitutional mandates… U.S. Supreme Court and related Federal Court decisions… DoD and Department of the Navy directives instructions and regulations.”

2)… “the… bi-lingual placard… That states… ‘The Bible represents the strength gained through faith to sustain those lost from our country, founded one nation under God.'”   https://www.militaryreligiousfreedom.org/wp-content/uploads/2018/04/5-April-18-Ltr-Complaint-Final-v2.pdf

MRFF’s solution? 1) Remove the offending items. 2) Discipline whoever was responsible.

MRFF’s assertion: “Anyone with a modicum knowledge of American history should know… this is false — the very purpose of the Establishment Clause in the First Amendment was to make it clear… that the United States was conceived as religiously neutral… there was absolutely no religious component to our Founding.”  https://www.militaryreligiousfreedom.org/wp-content/uploads/2018/04/5-April-18-Ltr-Complaint-Final-v2.pdf

Really? ACLJ responded with a few facts, including (but not limited to):

“George Washington added the words ‘so help me God’ to the Presidential Oath prescribed in Art. II… John Marshall opened the Supreme Court with the prayer, ‘God save the United States and this Honorable Court.’…

“Congress, the day after it proposed the First Amendment, ‘requested the President to proclaim ‘a day of thanksgiving and prayer, to be observed, by acknowledging, with grateful hearts, the many and signal favours of Almighty God.”

“President John Adams wrote… ‘we have no government armed with power capable of contending with human passions unbridled by morality and religion… Our Constitution was made only for a moral and religious people. It is wholy inadequate to the government of any other.'”

What do you think our founding fathers would say about all this?

What do you say?