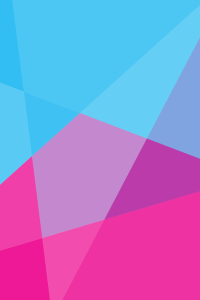 Lawsuits take many years to reach the U.S. Supreme Court. Few are even considered by the highest court in the land. Most parties who prevail in such lawsuits are able to finally breathe a sigh of relief.

Or so you would think. Not Jack Phillips.

As owner of Masterpiece Cakeshop, he had declined to use his artistry to create a cake celebrating a same-sex wedding. The Colorado Civil Rights Commission attempted to force him to do so.

After six long years of litigation, in a 7-2 ruling on June 4, 2018, the Supreme Court overturned the Commission’s ruling against Phillips. Concluding it was neither tolerant nor respectful of Phillips’ religious beliefs when it said he had unlawfully discriminated against a gay couple on the basis of their sexual orientation.

Jack was already on record as serving all customers, but declining to create cusatom cakes expressing messages that violate his deeply-held religious beliefs (including such occasions as Halloween, divorce, etc.). The lawyer filed a complaint against Jack with the Colorado Civil Rights Commission. The same Commission already rebuked by the U.S. Supreme Court for its religious hostility toward Jack.

Throughout the next year, Phillips received other requests for cakes celebrating Satan, featuring Satanic symbols, depicting sexually explicit materials, and promoting marijuana use. Phillips believes that some of those requests came from the same Colorado lawyer.

The state of Colorado had already admitted in its brief to the Supreme Court that Jack is “free to decline or sell cakes with ‘pro-gay’ designs or inscriptions.”  Is it reasonable to assume a design celebrating gender transition would be considered ‘pro-gay’?

Just 24 days after the Supreme Court ruled in Jack’s favor, the state of Colorado found “probable cause” to pursue Jack again. Now, the Commission has lodged another formal complaint against him, for declining to create the gender transition cake.

“Colorado has renewed its war against [Phillips] by embarking on another attempt to prosecute him, in direct conflict with the Supreme Court’s ruling in his favor. This lawsuit is necessary to stop Colorado’s continuing persecution of Phillips.

It is now clear that Colorado will not rest until Phillips either closes Masterpiece Cakeshop or agrees to violate his religious beliefs. The state’s continuing efforts to target Phillips do not just violate the Constitution; they cross the line into bad faith. This Court should put a stop to Colorado’s unconstitutional bullying.”

This blog may have raised questions for you. If you’d like to connect, engage, or get further help from me, you can… EMAIL me at [email protected]ionsofdestiny.com; CALL me at 863-446-1660; or request a complimentary initial CONSULT with me at https://calendly.com/diana-furr.