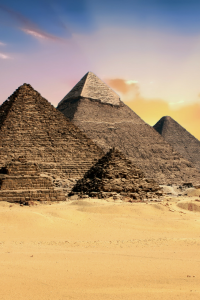 I came across a fascinating study by Rice University — the largest of its kind, looking into how leaders engage their personal faith in workplace decision-making.

The study, co-authored by sociologists D. Michael Lindsay of Rice University and Bradley C. Smith of Princeton, is based on interviews with 360 American leaders who are Evangelical Christians. They represent presidents and chairs of large businesses and the equivalent of such positions in government and politics, nonprofits, arts, entertainment, the media and professional athletics.

Lindsay found that most evangelical leaders fit into one of four decision-making categories. These four categories (highlighted below) can be found in summary and more in-depth abstract formats through the following links:

“Pragmatic” leaders, like former PepsiCo CEO Steve Reinemund, say their faith does not give them clear direction on particular business decisions. They make largely pragmatic decisions, hoping they are right decisions. Others, like Ron Joelson (Prudential’s Chief Investment Officer), don’t want to offend people who are not Christians. Still others have opted for subtlety in workplaces that barely tolerate (or are hostile to) faith expression.

“Heroic” leaders see their decisions as right and correct, regardless of whether others agree. Even in workplaces where consequences are severe. Lindsay cites Sherron Watkins, Enron whistleblower, as a good example of “a person in power who is religious and couldn’t let her morals get checked at the door.” In her case, the stakes were high. Her decision risked her own job and the downfall of a major company.

“Circumspect” leaders, like John Aden (Senior VP of Walmart International) and Ann Iverson (former CEO of retailer Laura Ashley) are deeply religious but not outward about it in the workplace. Although not vocal about their faith in that setting, they manage and make personal decisions based on it and are drawn to companies that resonate with their faith convictions. They are more likely to operate by biblically-based values without labeling them as such.

“Brazen” leaders, like quarterback Kurt Warner, come to their job with religious zeal. They believe their faith and their work go hand-in-hand. Such leaders tend to operate in industries more receptive to public displays of faith, and desire to use that platform to impact the more secular world around them.

This 2010 study resulted in D. Michael Lindsay’s book, Faith in the Halls of Power: How Evangelicals Joined the American Elite. The book jacket asserts that this “riveting volume” tells “who the real evangelical power brokers are, how they rose to prominence, and what they’re doing with their clout.”

Check it out at Amazon.com

The Economist says “Anybody who wants to understand the nexus between God and power in modern American should start here.”  Sounds like a worthwhile endeavor — a way to get an insider’s glimpse into how some highly-influential leaders wrestle with living out their faith within their spheres of influence.

Which of the four categories sounds most like you?