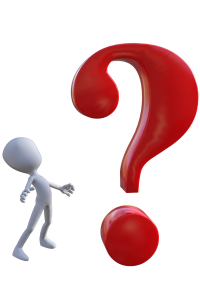 When does persecution arise? When there is a sea change of societal thought? A profound transformation in how people define reality? Leading to yesterday’s stigma becoming today’s celebration?

Clinical psychologists and other mental health counselors are motivated to help clients find healing and wholeness. Each one inevitably counsels out of their understanding and conviction about what’s healthy (normal) and what is not. Such understanding is informed by so-called advances in their field, their personal counseling experience… and, importantly, their worldview.

Case in point. There was a time, not long ago (1976), when homosexuality was defined as a psychological and/or pathological disorder in the DSM — the Diagnostic and Statistical Manual of Mental Disorders.  https://en.wikipedia.org/wiki/Homosexuality_and_psychology

In little more than a generation, the term homosexuality was removed from the DSM altogether. Enter Gender Identity Disorder, focused on the incongruity between a person’s birth gender and the gender with which they most identify. Then, Gender Dysphoria… emphasizing the importance of a person’s distress about this incongruity.   https://www.huffingtonpost.com/2013/06/04/gender-dysphoria-dsm-5_n_3385287.html

Nor surprisingly, people of faith — even highly-trained clinical psychologists among them — disagree.

Joseph Nicolosi, Ph.D., in his 2017 Parent’s Guide to Preventing Homosexuality, asserts that Same Sex Attraction (SSA) is a “signal” or symbolic defense against the trauma of attachment loss.

“This ‘signal’ view of SSA contradicts the ‘intrinsically gay’ claim… [and is] a call to come back home again to one’s authentic self… from this ‘signal’ perspective, we see that a gay worldview — both as a personal and political force — is not vindicated, but disempowered.”   https://www.josephnicolosi.com/understanding-ssa-as-a-signal/

Goldberg references escalating attacks by LGBTQ activists bent on prohibiting counselors from assisting in overcoming same-sex attraction. These attacks are both legal (through court actions before liberal judges) and legislative (where governments have successfully limited counseling for consenting minors).

Goldberg also notes recent attempts to bring complaints before professional licensing boards. He cites one shocking 2016 example involving a resident of Virginia and self-described activist for LGBTQ causes, who filed ethical complaints in Texas against four counselors. Counselors he had never met, with whom he had never spoken.

This same activist filed suit in Tennessee to declare unconstitutional a statute that protects mental health counselors by allowing them to refuse services to clients whose behaviors conflict with their own sincerely-held principles.

Goldberg minces no words. He concludes: “The tragic irony of these efforts has been to place many in situations of unbearable ambivalence, conflict, and suffering — by concealing the possibility of choice… healing, and… transformation. These tactics of interference with fundamental rights offend the dignity and humanity of these men and women. The efforts in all of these cases are contemptible, immoral, and irresponsible. They ought to stop.”

Do you agree or disagree with Mr. Golberg’s conclusion? Why or why not?