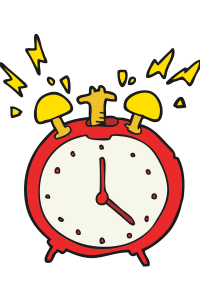 Remember that resource I cited last week — the one I had ordered, but hadn’t yet received? It’s here now. I’m only in Chapter 3. But already I’m believing this may be one of the most POWERFUL tools I will ever recommend.

Are you a fellow Christian business owner committed to advancing God’s Kingdom through your marketplace influence? Are you any Christian who wants to serve Jesus? You (we) are all targets for the enemy’s arrows.

I began reading Spiritual Warfare by Dr. Karl Payne last Sunday. By Thursday, I had already highly recommended it to three people who were obviously in need of it, too.

One, a dear friend who was hit “out of the blue” (!) with an avalanche of unexpected traumas. The second, a highly-successful business owner who is in a scorching dry spell. The third, a Presbyterian pastor who is preparing to preach on this very topic this coming Sunday.

Why are so many Evangelical Christian leaders hesitant to talk about spiritual warfare publicly? Karl has encountered scores of such leaders over the years. Mostly, it’s FEAR of: 1) the unknown, and 2) potential theological associations with those who abuse this subject — i.e., by taking extreme, non-biblical approaches to deliverance ministry.

Karl clearly doesn’t fit the stereotype. He doesn’t drink poison, handle snakes, roll on the floor, or see visions. On the contrary, he’s a seminary graduate and ordained, conservative Baptist minister. His degrees — bachelor’s, master’s and doctorate — were all earned through accredited classroom study (vs. “honorary” or mail order).

He has served in large, Bible-centered local churches since 1980, and still focuses the majority his ministry time on transferable discipleship and leadership development. He taught high school, undergraduate and seminary students, and published six books whose content ranges from Christian discipleship to ballistic missile defense.

Through it all, the Lord has taught Karl — in very real, practical, life-enhancing ways — the Biblical truths that have led him and so many others to victorious Christian living. Maybe his book jacket will help you sense the importance of this work:

The Bible is explicit: Christians live in a battlefield, contending with three distinct opponents — the world, the flesh and the devil. The battles are real… so are the casualties. Too many Christians… consistently lose battles they should be winning. Those who choose to ignore, ridicule or run from the realities of spiritual warfare, are putting themselves at a huge disadvantage in this conflict. Christians must learn to be strategic in their responses to these three enemies, learning how to fight biblically and effectively rather than just sincerely.

This a must read for every Christian. You’re consistently a target… whether you know it or not. Why not also consistently be a victor — understanding your delegated authority in Christ… and confidently exercising it?

Karl will show you how. It’s all about Jesus!

Are you tired of feeling powerless to help yourself and/or others?