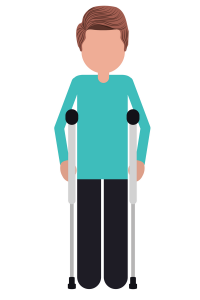 How is Kingdom POWER mobilized, in the marketplace or anywhere else? What innovative approaches are required in today’s culture of compromise?

What can we decipher from this real-life encounter… ?

Two disciples were telling people about Jesus. Not His principles to live by or even His good works. But His most defining moment: His resurrection from the dead, as the long-awaited Messiah.

The authorities heard them. Greatly disturbed, they jailed these Jesus-followers. But many who had also heard believed their message… and the One of Whom they spoke.

The audience listened with rapt attention to their inspired words. They had just witnessed their impossible actions. A 40-something man, lame from birth, had been healed. These disciples had told him to walk.

And immediately, he walked.

The authorities demanded to know by what power or name they had accomplished this. One answered:   “It is by the name of Jesus Christ of Nazareth, whom you crucified but whom God raised from the dead, that this man stands before you healed.”  (Acts 4:10)

Two unschooled, ordinary men. Filled with courage. Speaking Truth to those who had jailed them.

The authorities were astonished. They could tell these men had been with Jesus.  What accusations could they make, with the healed man standing right there?

Word had spread… quickly. Everyone throughout the city knew the disciples had performed a notable sign the authorities couldn’t deny. So they did what authorities sometimes do. They commanded the two disciples to not speak or teach at all in the name of Jesus.

Politely it seems, but boldly. Articulating the Higher Authority they served. “Which is right in God’s eyes: to listen to you, or to Him? You be the judges! As for us, we cannot help speaking about what we have seen and heard.” (Acts 4:20)

The disciples were released. By authorities who couldn’t decide how to punish them. Because all the people were praising God for what had happened. The disciples left the jail and prayed:

“Lord, consider their threats and enable your servants to speak Your Word with great boldness. Stretch out Your hand to heal and perform signs and wonders through the name of Your holy servant Jesus.” (Acts 4:29-30)

After they prayed… they were all filled with the Holy Spirit and spoke the Word of God boldly.

Do we need innovative tools today? Or more resurrection power?

To what extent are we telling people about Jesus? Not just as a good teacher or moral leader, but as Savior and Lord?

What notable sign is Jesus accomplishing through us… proving we, too, have been (are) with Him?

How often do our faith actions provoke others to ask: By what power are you doing this?

What astonishing courage are we displaying to those who oppose our message about Jesus?

Which authority are we bowing to when challenged to be silent about Jesus?

Are our crutches obsolete, because we are no longer lame?