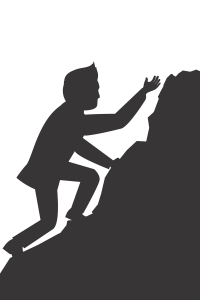 What if it seemed like everyone was saying you’ll never amount to anything? Everyone… except the Lord. Who would you believe?

David Steward believed the Lord… and by His Grace, went on to found World Wide Technology (WWT) in 1990. Forbes lists WWT as the 30th largest, privately-held corporation in America. Through its global presence, WWT brings in an estimated $9.2 billion in annual revenue.  https://www.forbes.com/companies/world-wide-technology/

Not bad for an African-American man raised in a very segregated community in Missouri… Amen?

Against the odds, David went to college. His high school basketball coach and others told him he was not cut out for college ball. Through sheer determination, he made the team anyway.

After college, David landed a decent corporate job (after 400 resumes were dispatched over three years). He worked in marketing and sales at a railroad company, then for Fedex (where he became the top salesperson for Fedex companywide). http://www.giantsforgod.com/david-steward-world-wide-technologies/

When he set out on his own, David ended up like many entrepreneurs… under a mountain of debt — $3.5 million, to be exact. It got so bad two years after starting WWT, his car was repossessed in the company parking lot. With the Lord’s help, he finally discovered his path forward… and turned the business into an economic giant.   http://www.giantsforgod.com/david-steward-world-wide-technologies/

In 2004, David wrote Doing Business by the Good Book… outlining, in 52 chapters, the Success Lessons he took straight from the Bible. Lessons like:

Being a customer-driven company. “In everything do to others as you would have them do to you.” Matthew 7:12

Praise & recognition. “Do not withhold good from those to whom it is due, when it is in your power to do it.” Proverbs 3:27

Good leadership. “This is My commandment, that you love one another as I have loved you.” John 15:12

David quite simply believed that God had all the answers and wouldn’t let him down. His book captures the Biblical lessons that served as his source of inspiration and guidance as he built WWT into a global information technology enterprise.  http://www.giantsforgod.com/david-steward-world-wide-technologies/

A man of influence for Christ? Here is just some of the high regard expressed for David in the Forward to Doing Business by the Good Book:  “David Steward has come up with an idea that betters the way we live and work. The idea that he embodies is not actually new — it is a 2,000-year-old philosophy that makes as much sense today as it did back then.” (Former President George H. Bush)  http://www.giantsforgod.com/david-steward-world-wide-technologies/

Jesus said it all… “With man this is impossible, but with God all things are possible.” (Matthew 19:26)

What do you think? How does this true story inspire you to believe God for more?