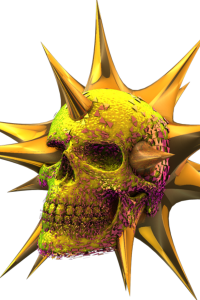 I have written about religious liberty cases in which the Alliance Defending Freedom (ADF) has been lead counsel. Imagine my surprise when I came across two organizations that consider ADF not only a thorn in their side, but also…

Southern Poverty Law Center (SPLC) is “dedicated to fighting hate and bigotry and to seeking justice for the most vulnerable members of our society.”   https://www.splcenter.org/  Their website features…

… a Hatewatch blog “monitoring and exposing the activities of the American radical right.”   https://www.splcenter.org/hatewatch

SPLC defines hate group as “an organization that – based on its official statements or principles, the statements of its leaders, or its activities – has beliefs or practices that attack or malign an entire class of people, typically for their immutable characteristics.”  https://www.splcenter.org/hate-map

Founded by… 30 leaders of the Christian Right, the Alliance Defending Freedom is a legal advocacy and training group that has supported the recriminalization of homosexuality in the U.S. and criminalization abroad… defended state-sanctioned sterilization of trans people abroad… linked homosexuality to pedophilia… and claim[ed] that a “homosexual agenda” will destroy Christianity and society.

ADF also… develop[s] “religious liberty” legislation and case law… allow[ing]… denial of goods and services to LGBT people on the basis of religion. Since the election of President Donald Trump, the ADF has become one of the most influential groups informing the administration’s attack on LGBT rights working with an ally in Attorney General Jeff Sessions.  https://www.splcenter.org/fighting-hate/extremist-files/group/alliance-defending-freedom

ThinkProgress (TP) identifies itself as “a news site dedicated to providing our readers with rigorous reporting and analysis from a progressive perspective. Founded in 2005, ThinkProgress is an editorially independent project of the Center for American Progress Action Fund… covering the intersections between politics, policy, culture, and social justice.”  https://thinkprogress.org/about/

The large body of evidence rests in favor of the SPLC [characterization of ADF], and a survey of their current and recent cases clearly demonstrates how they are advancing an agenda of stigma and discrimination against LBGTQ people… [with] extreme, demonizing rhetoric… [and] a desire to shut LGBTQ people out of almost every aspect of public life.  https://thinkprogress.org/adf-hate-group-3302dd95ace4/

TP takes particuar issue with ADF’s support of Christian business owners who have already refused service to LBGTQ people, and those who “want to discriminate and are challenging laws that prevent them from doing so.” In the name of religious freedom. Claiming that “ADF hopes to dismantle basic LGBTQ protections across the country.”  https://thinkprogress.org/adf-hate-group-3302dd95ace4/

TP also criticizes ADF for… lobbying against legislation “protect[ing] people of all ages from the harmful fraud that is anti-LGBTQ conversion therapy” … AND “defend[ing] crisis pregnancy centers that deceive women with misinformation about abortion.”  https://thinkprogress.org/adf-hate-group-3302dd95ace4/

Should this ADF “thorn” be plucked… or praised?

When should a perceived (even legally-sanctioned) civil right nullify or overrule religious convictions?